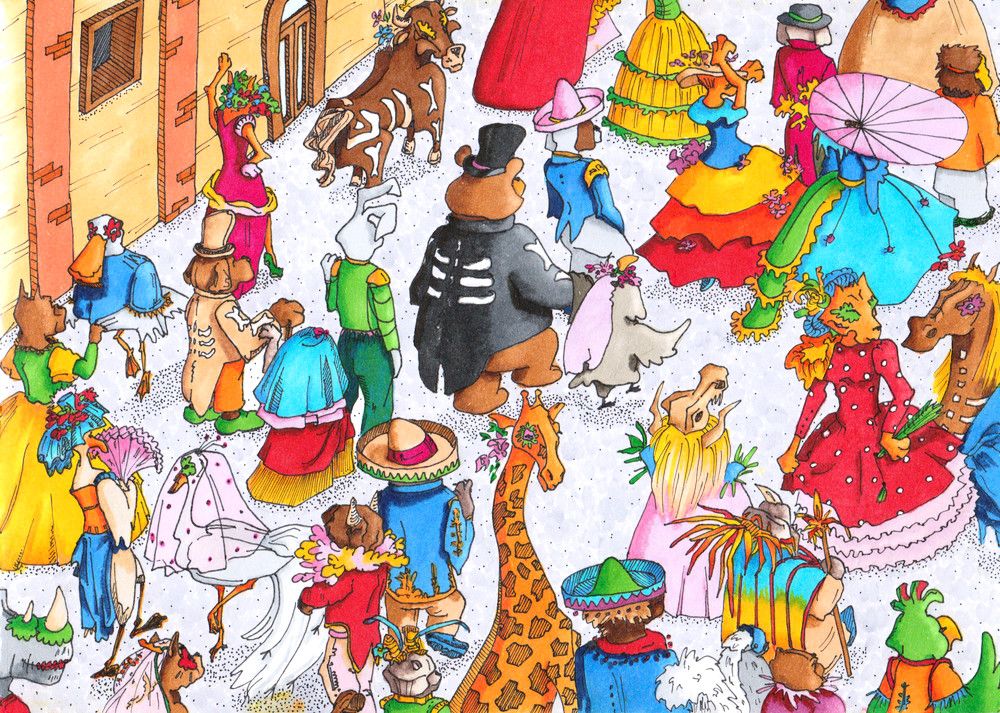 Have you seen the last James Bond film? I went to cinema for it because of the Day of the Dead scene in the beginning. I heard that several hundreds of actors in carnival costumes and make-up took part in this scene. But to be honest, I was a bit disappointed with it - there were much more explosions and skirmishes than celebrations in the scene.

So it's my small version how I imagine Day of the Dead in Mexico. Hope I'll be able to see it myself to make an updated version of the pic and to compare :)